What Is The Best Time To Send Marketing Emails?

Did you know that you can greatly increase the number of people that read your promotional emails by sending them on specific days of the week and at specific times? 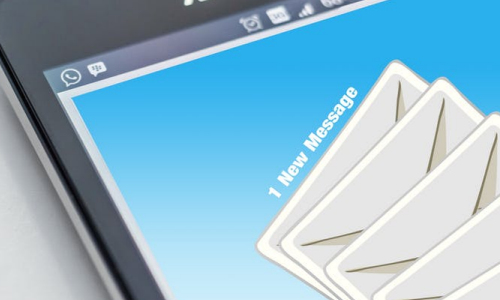 If you're planning a new email campaign or planning to send your next email newsletter, let's assume that however unlikely, your email subject line, design and content is optimized for maximum opening rates and cannot be improved upon. If you now think you've covered everything that can impact on the effectiveness of your campaign, you should think again. Have you ever considered that when you send your emails can have a significant impact on it's success?

The success of an email campaign can be measured in different ways, depending on what you want to achieve. You may only be interested in the number of people that click on a link in your emails to view a blog entry, or you may only be interested in how many of those clicks convert into customers. Neither of these can be achieved without people actually reading your email to start with though, and this article therefore concentrates on the opening-rate of email campaigns (the number of people who read an email before deleting it).

What Time of Year Should Emails Be Sent?

Which Day Of The Week Should Emails Be Sent?

You may find it hard to believe, but a promotional email will be significantly more successful if you choose the right day of the week to send it. According to a 2013 study of over 1 billion emails by MailChimp, you should not send promotional emails on Saturdays or Sundays unless your message is extremely time-sensitive (for example, your promotion is only active on Saturday). The average opening rate of promotional emails at the weekend is between 5% and 10%, compared to between 15% (Monday) and 19% (Thursday) on weekdays.

What Time Of Day Should Emails Be Sent?

It is a widespread belief that promotional emails sent early in the morning are more effective than those sent later, but the best time of day to send your email campaign depends on whether you are marketing to businesses (B2B) or consumers (B2C). Consider the fact that most office-based workers struggle to get through a deluge of email when they first arrive at work, and it's not surprising that a study of over 900 million emails sent by email marketing company Pure360 in 2011 found that 96% of B2C marketing emails sent between midnight and 9am will never even get opened.Despite this, an enormous 45% of B2B emails sent between 1am and 2am are opened. The same study found that, in general, the best time of day to send B2C emails was between 5pm and 6pm - presumably as many office-based workers clear their inboxes for the next day (or try to find something to do until the end of the working day),however this does vary with industry. The study divided B2C emails into the following industry categories and presented the most favorable times of day for the highest opening rate:

Whilst these statistics demonstrate the best times to send emails to the average recipient, it is of course possible that individual recipients are more likely to open promotional emails received at different times to the average. If your email-sending solution tracks opening times it may also have the functionality to tailor email sending times for each recipient so that they are more likely to read your emails.

Given how difficult it is to optimize your email subject line, design and content for success, you should grasp the opportunity to increase opening rates by taking the simple step of choosing the time you send your emails wisely. Wednesday or Thursday are clearly the best days to send emails that are not time-sensitive and, in general, you should send promotional emails between 5pm and 6pm. And, if your recipients live in multiple timezones, your email-sending solution may have the functionality to send a campaign to different recipients to suit their local times.